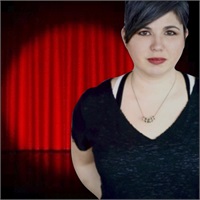 Bailie is a lead educator and senior IFWA financial coach.  As the founder of Entertaining Finance, a business management and financial consulting firm geared specifically towards creatives she brings 13 years of experience as a financial adviser and a hefty resume in theater, she is redefining planning for artists, entrepreneurs and millennial's. Entertaining Finance has a commitment to financial education by translating the language of finance into something each client can relate to and understand. After working with the traditional suit and tie wearing firms, Bailie chose to go out on her own and create a financial services company specific to her clients.

As a stage manager, general manager, and producer on Broadway, Off Broadway and Off-Off Broadway, receiving Tony Awards, Drama Desk, OBIE Awards, and IT Awards pepper Bailie’s resume. Some of her favorite projects include The Norman Conquests, Altar Boyz, Naked Boys Singing!, Pursuit of Persephone, A Very Merry Unauthorized Children’s Scientology Pageant, and Popesical in Concert at Joe’s Pub.

She has previously served as a board member for The Tank NYC, a non-profit Arts presenter for emerging artists engaged in the pursuit of new forms of expression and for Theater Resources Unlimited (TRU), a training ground for tomorrows theatrical producers. She is currently proud to be on the board of the PATH Fund who produce Rockers On Broadway and raise money for charities that benefit arts and entertainment organizations.