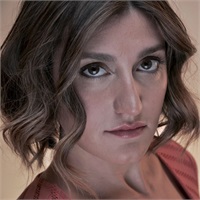 Chelsea MacLaren is a New York based actor, singer, writer, and producer who moved to the the Big Apple in 2010 to pursue and begin her career and she has loved every second of it. She’s been professionally singing in New York for three years with Vali Entertainment (and can’t remember a day when she wasn’t singing, period.) She is the eldest daughter from a family of six who are all musicians and singers. As an actor, she has been featured in several short films and on television, most recently on Investigation Discovery’s SCORNED: Love Kills. Chelsea studied under Kelly Kimball and Janine Ditullio at Kimball Studio for two years and is currently studying at Beverly Hills Playhouse NYC with teacher Neal Matarazzo. She co-produced a feature film ERIC BLAIR AND I, which just recently screened at the Kansas City Film Festival, and  executive produced short film STAGE V, which is beginning the festival circuit now. Although Chelsea has been drawn to performing since she was a child, she actually went to college for creative writing and has been working on two pieces that are very close to her: a collection of poems about her twenties and a play that is slated to have its first staged reading in the early fall of this year