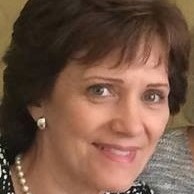 Holly Peppe is a Public Relations, Media, and Brand Management Strategist specializing in the promotion of individuals and groups committed to education, the arts, health issues, gender equality and human rights. As a Crisis Communications consultant, she also provides services to Ruder Finn, a global PR firm based in New York, and to private clients.

In 2012, she published two Scholastic books about Barrington for young adults, Touch the Sky and Sky High, and a memoir co-written with Eve Branson, Mum’s the Word, about Eve’s experience raising her colorful entrepreneur son, Richard Branson.

Dr. Peppe, who holds a Masters of Arts in Teaching from Brown University and a Ph.D. in English from the University of New Hampshire, directed the English Department at the American College of Rome, Italy, before returning to New York to teach film programs for the National Endowment for the Humanities. A leading authority and literary executor for the Jazz Age poet Edna St. Vincent Millay, she has written and lectured widely about the poet’s life and work. Her critical essays appear in literary journals and in the Penguin Classics, Harper’s, and Yale University Press editions of Millay’s poems. Her own poetry, prose, and translations appear in various books and publications.