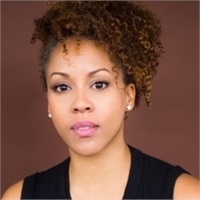 Krisha Marcano brings to the UNCSA School of Drama a personal and individual approach to teaching dance to actors—offering tools, guidance and support. With an abundance of theatre credits and many years of professional dance training, she helps her students to discover their individual paths to success.