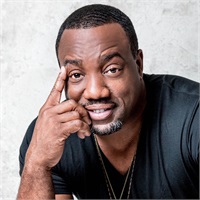 The three time NAACP Image Award Winner is probably best known for his roles as an actor in the 1993 Disney classic, Cool Runnings, and the hit Fox television series Empire and New York Undercover. Malik Yoba has proven himself to be much more than what first meets the eye. As an actor, writer, director, producer, musician, activist, educator, inspirational speaker, entrepreneur and author, Yoba tackles his quest to live a purpose filled life and not only entertain but also educate young and old alike in communities across the world on the value of accountability, integrity and leadership. Born in the South Bronx and later raised in Harlem NY, Yoba lives his life as an example to young people across the country and abroad that those very streets, which breed, apathy, hatred and violence, can give birth to positive ideas and upward mobility. Shot by a stranger and left for dead at the age of 15, Yoba had already realized he had a passion and gift for moving others and raising consciousness. That near death experience in high school solidified his belief in personal and social responsibility and spurred him toward a life of service, creativity, volunteerism, community activism and entrepreneurship. He has made it his life’s mission ever since to use the arts as his weapon of choice.

A Hollywood veteran of almost three decades and thirteen network/cable series as a lead, Yoba was last seen weekly in 2017 on the ABC drama Designated Survivor as FBI Deputy Director Jason Atwood and the host of TV One’s true crime series Justice By Any Means. Other past series include Alphas, Defying Gravity, Bull, Trinity, Kingpin, Raines and Thief. He has enjoyed recurring roles on Revolution, Arrested Development, Girlfriends, Single Ladies and has appeared in numerous guest-starring roles including Justified, Blue Bloods, Limitless, The Good Wife, Person Of Interest, Law and Order and Nikita. There are 40+ film credits to his name including, but not limited to Copland, ‘Til Death Do Us Part, Tyler Perry’s Why Did I Get Married and Why Did I Get Married Too, Smoke, Blue in the Face, Soul Food, Ride, Bad Dad Rehab, Criminal and Betty and Coretta where he says he had the “great honor” of portraying Dr. Martin Luther King Jr. opposite Angela Basset. International productions include the Danish film Oh Happy Day, the BBC film Turks and Caicos directed by David Hare and a Korean action film currently entitled P.M.C (Private Military Company) for CJ Entertainment slated for worldwide release in 2018. He will also appear next in Jordan Peele’s TBS’ comedy with Tracey Morgan The Last OG and the drama series Seven Seconds on Netflix. View Full Bio