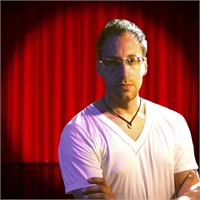 Rees Bridges brings a unique value to the IFWA as both a highly accomplished musician and a successful financial services professional to serve his role as the Director of Artist Relations.

Rees has been a professional musician for over 30 years, with an impressive profile and reputation as a performer, teacher, and studio musician.

Rees has been a member of Alexander Markov's Rock Concerto band alongside some of the finest contemporary and classical musicians worldwide. He still performs live with Grammy award winning Dance Music Pioneer's Dirty Vegas, writes for popular film and TV show's such as the 2010 hit movie ‘Tamara Drewe', and the US Fox series Standoff.

He serves in the role as an international clinician for Mapex drums, Paiste Cymbals and held the record for worlds fastest drummer between 2006 and 2007.

After relocating to Miami with his family Rees was recruited from a Fortune 500 financial services company to assist with creative marketing design and video production services.  This led to a more consistent position where he received a leadership role to support the entire firm and each representative's marketing needs.  This role supported his creative talents but also gave him a new and valuable experience in the financial services industry.  When the IFWA recruited Rees to serve this unique role, it was a perfect culmination of his experience and passion, which inspired him to join as a founding member of the team.

Rees grew up in London, England and currently resides in Miami, Florida.  When not at work, he enjoys spending time with family and friends, traveling, and still indulging in his first passion, playing music!